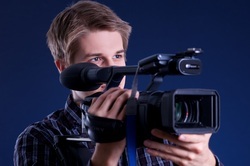 A graduate of Film and Television at NYU's Tisch School of the Arts, Martin has been interested in filmmaking since he was nine years old.

He has always loved to tell stories and try new ways to show them through film. As he grew older, he became increasingly interested in graphics, special effects, and bringing an air of professionalism to all his projects. Martin has always had a passion for bringing visions to life on screen, and continues to do so through visual media.

Martin has finished his first feature film, called Mozart of Rap (www.mozartofrap.com), which he hopes to distribute on DVD and run in film festivals, and is currently working on his second, entitled Dakota (www.dakotathemovie.com). It is the story of a man growing desperate from depression, who turns to his only friend for help: his dog Dakota. 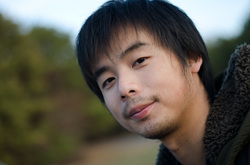 Dong Fu graduated from the University of Colorado at Denver with a Bachelor's Degree in Chemistry. Although he studied science, his interest has always been in the arts. He loves to capture the beauty around him into a single moment of time. Dong picked up his first camera when he was five years old, and ever since has been taking snapshots of everything around him, even in his chemistry classes through his microscope. He hopes to learn much more about people photography and wishes to eventually run his own photography business.